What is an ICO?

Only changes the budget, allowing for a line item adjustment within the budget.

Does not require third party approval, as the event is not changing the contract.

The ICO is used as an internal document update and changing the estimate and while maintaining the contract.  The contract value will not be increased or decreased by an ICO.

Will it update the Summary Info?

Yes, as the ICO updates the estimate/budget.  The changes will be showing in Total with Approved, within the Estimate section.

Will it update the Forecast and Variance Report?

Yes, an ICO values will be shown under the Estimate, Approved Change Orders, All Pending Changes, Total Units and Total. 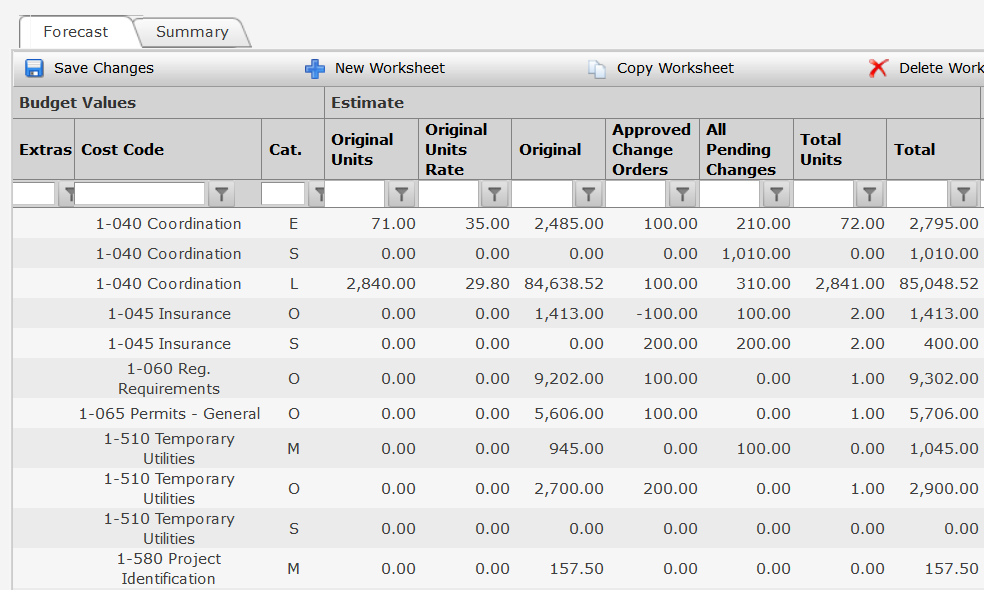 The Internal Event Change Event Type Folder is only visible the project's owning organization. (Permission to the ICO folder cannot be granted to External project members)

Did you find it helpful? Yes No

Send feedback
Sorry we couldn't be helpful. Help us improve this article with your feedback.